When performing tax reports, the tax carryover feature allows carrying amounts from one period to another without creating new entries.

It has been created to meet the legal requirements of specific locations, where amounts must be transferred from period to period (for example, because the total of the line is negative).

The feature is activated by default in countries where it is required, such as Belgium, France, and Italy. There is no specific configuration required.

Let’s take an example of a Belgian company that created a credit note of 100 for one of their customers. The due tax is 21%. 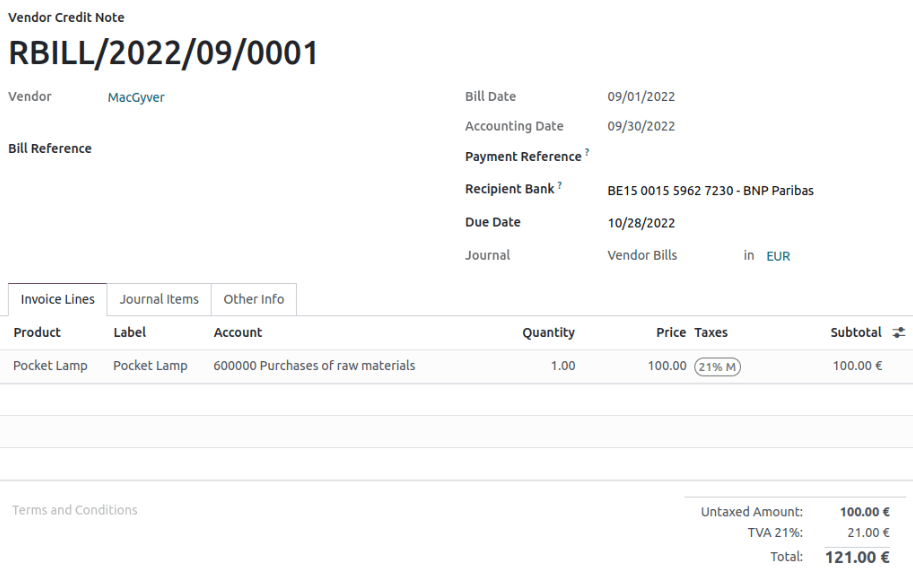 In this case, as per local regulation, grid 81 of the tax report may contain a negative amount. But it must be declared to the government as zero, and the negative amount should be carried over to the next period.

If we go to Accounting app ‣ Reporting ‣ Tax Report, a pop-up on line 81 explains that the amount will be carried over in the next period. 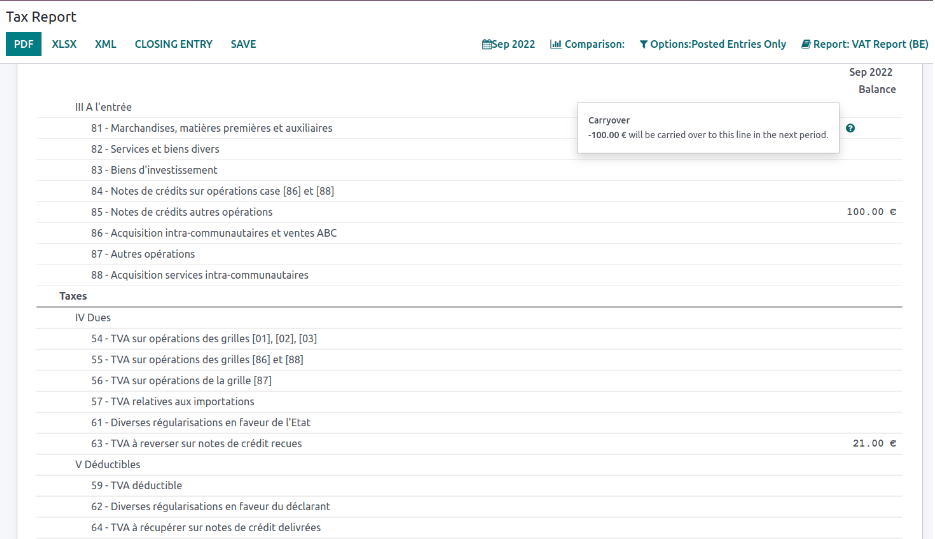 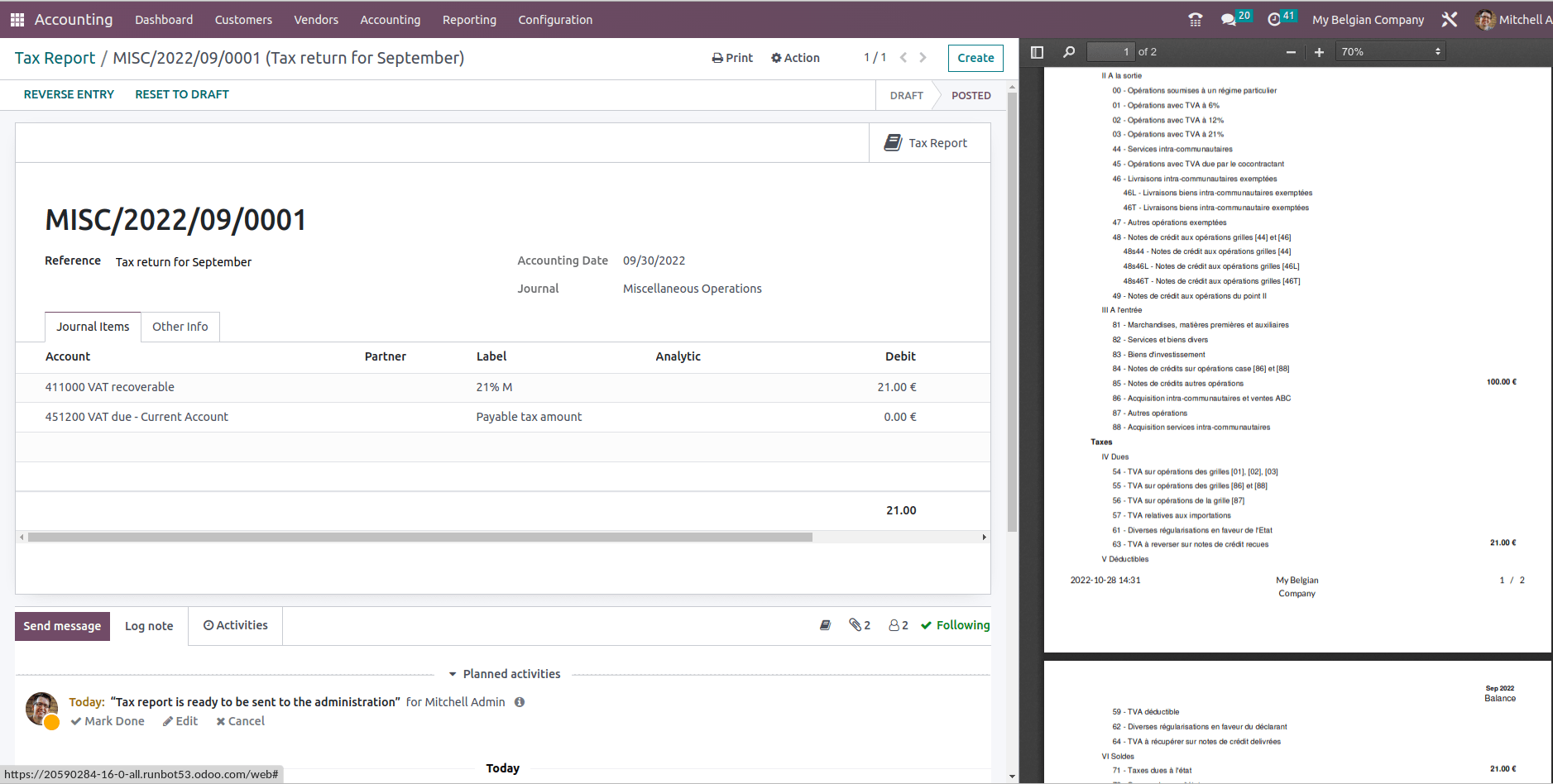